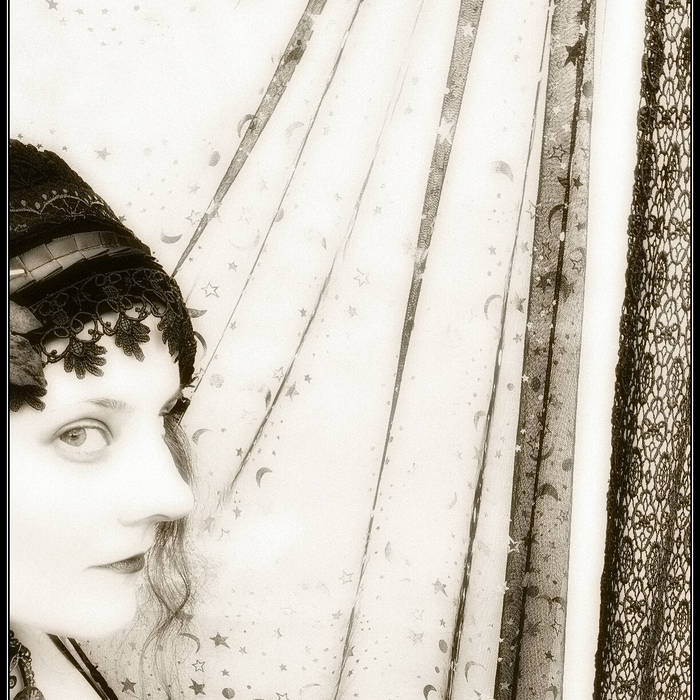 Lo-FI Very Early recordings via a cassette tape field recorder, an acoustic guitar and nothing else. I call this Folk Muse, the pre-curser to Dark Muse, prior to having Any DM equipment or looping tools etc. I am fairly self conscious, and so these tracks have been given a Dark Muse effected flair.... so these are no longer Raw Acoustic straight from a cassette field recorder.....Most of the acoustic original recordings were around '92 & '94.

- ' Distance (efxB), 'Red Dots (efx)', 'Anuna (efx), 'We Were (effected)', 'Be The One (efx)', were all recorded somewhere between 1992-1994. I just couldn't bring myself to offer the mix (just yet) from the original Acoustic versions of these tracks... they are just too bright, and too rough. I don't mind the Lo-Fi aspect, because I still have the documentation of these pieces which were recorded on an early 80's Cassette field recorder of my grandfather's, one which I had used to record all manner of things since I was a wee little girl... even taping arguments I would have with my cousin, singing along to the radio and other tidbits. While the recorder is no longer with me... and cassettes are not necessarily at 100%, I still have them all.... dozens of recordings from that time period. One day, I may offer the Rawest realizations of these early folk muse recordings... but still a bit ... ummm... I don't know.... embarassed or feeling Vulnerable to share them under my Dark Muse guise. I don't know how to play guitar, I admit it, I never truly learned, just followed along with finger charts in a guitar book and then... I just make patterns with my fingers that make sounds and beats. I often hear other layers of guitar when I play, I try to draw that out by hitting other strings at the same time. Also, I make mistakes in the raw versions. But I didn't care at the time, because I was learning... because music is soul and soul is good food.

Though honestly... Dark Muse is me.... the good and the bad... the quirky and the odd.... the not perfect... light and dark..... ugh... me and my justifications. For now... enjoy some tweaked effected mixes of these early pieces... although I did include a couple of the raw acoustic versions at the end. Included as Bonus's when you download the album. This is a short album, and I may add more later, or I may add a part two mix... that is, if I ever am able to transfer the recordings from cassette to computer again. Kind of an intense project.

- 'Shower Song' - While this track may be included on another mix.... I wanted it here as well, as it was one of Two tracks (along with 'Be the One') that I Truly cared about more than a lot of my other work at the time, because it started to go down a sort of DM path with bare minimal (no equipment) but similar concepts in tone and layers.
This track was recorded on a Field Cassette recorder, that was then played while I showered and taped the vocals to the gong/bell, and then played again while I then recorded another layer onto the previously other couple/few layers of tracks of sounds. This was my poor man version of multi track recording lo-fi style... so water sounds, were from the shower..... short lo-fi fun.

'Prophecy of the Somnibulists' was Recorded on a field cassette recorder, somewhere around 1992 - '94.

I had a really hard time just posting All the acoustic versions of my raw guitar meandering Folk singing tunes (prior to having equipment or gear... and on my first acoustic guitar that I had only had for a couple years at that time. I did play out at a lot of open mics back then (A LOT).... but still felt the stuff I did then... was too bright, because I couldn't fully encompass what it was that I heard in my head (until 2000 when I Finally got equipment and could dive into Dark Muse beginnings).

I did want to include at least a Couple of the raw acoustic versions of some of the old stuff in this mix... So track 8- Distance (acoustic) & 9 - Anuna (acoustic) are included as Bonus tracks in the album download.